Why I Chose an Android Phone

Why I Chose an Android Phone

My last post tracked the personal organizational systems I have used from high school to present. The tools have changed, yet the tools are not the most important thing. The importance lies in the strategy; however, good tools make implementing sound strategy easier. 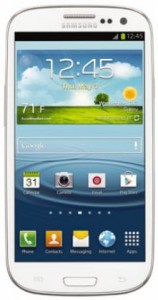 Several weeks ago, I changed Smartphone platforms from BlackBerry to Android. Those who know me well may be surprised that someone as satisfied and productive with the BlackBerry as I was would choose anything different.

First of all, it’s not about the tools. Give me an Android device, a BlackBerry, an iPhone, a memo pad, or an index card, and I can structure a system which gives that tools responsibility for holding all of my to-dos, both present and future, and handing them pack to me at the right time. Therefore, a more away from the BlackBerry does not mean a move away from what that tool has helped me do.

Secondly, the American market, and especially the consumer market, has defined a two-horse race in the Smartphone arena: iPhone and Android. Clearly, Windows is preparing for a serious run. RIM insists that BlackBerry 10 will re-establish them as a leader. However, all credible sources point to the iPhone and Android dominating the market..

My business revolves around helping people organize their surroundings and manage their time. That job includes helping people be productive with the phone they already have in their pockets and purses. Being relevant in this arena means being up-to-date on the tools others have. Much of decision on whether to go Android or whether to go iPhone has to do with current market share. Android claims more users in the United States than all other platforms combined. The release of the new Samsung Galaxy S III accompanied by a strong marketing campaign and good reviews did not hurt the allure of going Android.

Others undoubtedly wrestle with which platform to choose. This article, from USA Today, provides a balanced view. This article provides an argument for Android while this one argues in favor of the iPhone.

Finally, the Android operating system is the product of Google. By definition, we can expect phones running on a Android system to play well with all of the tools Google has to offer, and those tools are many. Google has defined the way we find information. With Google Docs, they showed us what “cloud computing” was all about before that term was ever part of our vocabularies. Google Calendar gave everyone the ability to not only have a digital calendar, but allow us to share our calendars and subscribe to the calendars of others. They provided a vehicle for us to blog for free. The words you read this instant are made possible through a creation of Google. Most importantly, because they offer it free to the consumer, their influence reaches practically everyone.

The learning curve was not bad. Before I made my purchase, I searched online for a user guide. During my first several days with the phone, working through that user guide page by page became a high priority. My fear was that if I did not get from cover-to-cover in a short period of time, other demands would take priority. I would navigate the phone with the techniques I had learned to that point, and while those techniques would become second nature, I would be oblivious to many other concepts simply because I did not even realize they were there.

I do not mean for anything in this post to take away from the iPhone and the large percentage of the population who enjoy that device. Likewise, it is with mixed emotions that I leave the BlackBerry. RIM was a pioneer in mobile communication. They make reliable products, and they are still the leader when it comes to security. I am still committed to providing great professional development to BlackBerry users.

Being productive is not about the tool; however, the tool we carry in our pockets and purses can help us on the journey. In the posts which follow, I will examine the components of the organizational system I use on my Smartphone, my desktop, laptop, and tablet, and which I can access from any computer with Internet access.

Why Smartphone do you use? Why did you make that choice?