Who’s Not Cutting It?

Who’s Not Cutting It? 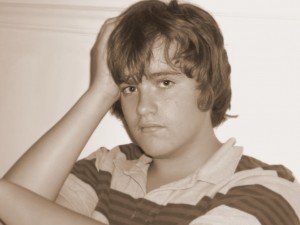 On that first day, hallways are freshly waxed, lockers are neatly organized, and notebooks are pristine. On that first day, nobody has failed a test or missed a homework assignment, but  alas, we know this will change. When it does, will we recognize a pattern early enough to prevent a downward spiral?

Some years ago, I listened to a speaker talk about identifying “who’s not cutting it” after only 15 days into the school year. While the objective was noble, the speaker gave no specifics as to how the deficient students would be identified. In my mind, I envisioned principals who listened to the speaker going home to create paper forms which would be distributed to all teachers. Teachers would, in turn, examine their grade books and record on the forms the names of the students who were not “cutting it” and then submit those forms to the guidance counselor. The poor guidance counselor would then have yet one more pile of papers on the desk and have to somehow make sense of it all. By the time the data was assimilated, another week would have passed, and the information would now be obsolete.

The student information system used in most any school will provide current averages for any subset of students. Examine the options available when printing progress reports in your own system.

Don’t make the mistake of thinking a “progress report” can only be run at the mid-point of the grading period, the time when progress reports are normally printed and sent home. A progress report can be run at any time, and using this valuable tool before the first two weeks of school have past sends a message that the school is serious about early intervention.

Setting It Up
I am a fan of repeating tasks. No staff member should have to remember each year to identify these students who are not “cutting it” after those first couple of weeks of school. Identification will become one of those scores of repeating tasks to be performed every year.

Collecting the data becomes a one-person job. A reminder to do it is generated every year on the prescribed date. The instructions for how to produce the data are included, eliminating the procrastination which accompanies “fuzzy” tasks.

Who’s not cutting it? Find out very early in the school year and provide intervention before failure becomes a pattern. The school’s student information system makes it easy. A repeating task system makes it automatic.