The Catch-22 That Allows the Digital Divide

The Catch-22 That Allows the Digital Divide 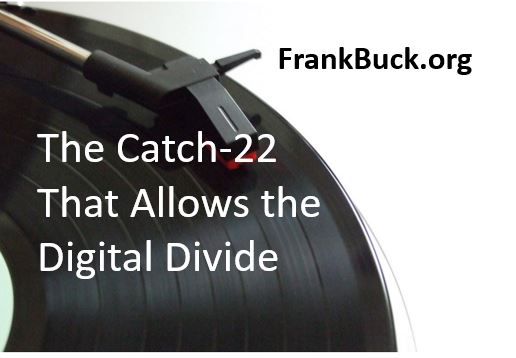 I was a college student when the move from LP records to CDs began. I must admit that I was one of the late adopters. That statement seems strange coming from one who both embraces the ways in which technology makes our lives easier and also one who is a musician. Why was my collection still on LPs and cassette tapes when the rest of the world had moved to CDs?

The reason is really quite simple. I did not buy CDs because I had no CD player. What good are CDs if there is nothing to play them on?

That “Catch-22” rocked on for years until one day someone innocently gave me a CD. Now I have a CD, but can’t play it. What would it take to resolve the dilemma? “I know,” I thought. “I will buy a CD player!”

And so I did. Problem solved!

Once the CD player was set up, there was a need for CDs. CDs started showing up. A CD player with but a single CD created a void. CDs filled that void.

The Digital Divide Lives On 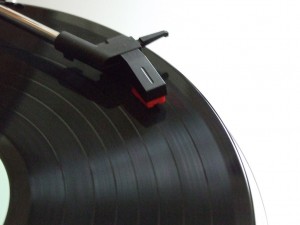 Many communities face this same Catch-22 when it comes to Internet access in the home. Since not all students have Internet access, we make allowances so that students can get by perfectly well without it. Because they can get by without it, parents fail to see it as a priority. We continue to dance this Catch-22 dance while the digital divide widens.

Create the need. Allow the void to exist. See how quickly others will fill that void.

Question: How can you decrease the digital divide in your school or community?