Remember Your Accomplishments…With Your Blog

Remember Your Accomplishments…With Your Blog

Where memory fails, the written word reminds. We write thoughts on our blogs to communicate what is important today. Later, those posts serve as a reliable record of that which is now history. 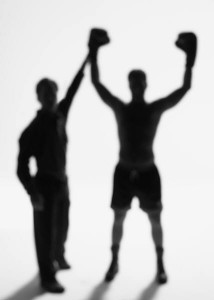 I was thrilled to receive an e-mail from a teacher with whom I had worked in my former school system. I retired, and her family relocated to another area. In the e-mail, she told me just being named “Teacher of the Year” in her new school system and asked me for a letter of support as her application moved to the next level.

I wanted to be specific enough about her accomplishments, yet careful to be accurate. A hazy memory about events from several years ago made it impossible to accomplish both objectives.

Then, a thought occurred. During my time in that school system, our school started blogging. When I left from the principalship for a position at the central office, we used blogs as our major method of communication with staff and the community. Every school had also started blogging.

I searched through old blog posts from her school and found details about a wonderful science night she had planned. The post gave me the details to give the letter the power this master teacher deserved. I also found a post on the blog the district maintained during my time at the central office. This post chronicled her being named “Teacher of the Year” for our system, confirming the year I had thought she received that award.

We blog for many reasons. Not one of the least of these is to capture the best of the present, so that when memories fade, the reminders are there.

The master thinker knows that ideas are elusive and often quickly forgotten, so he traps them with notebook and pencil. He heeds the Chinese proverb: “The strongest mind is weaker than the palest ink.”

Feedly: When Life-Long Learning is Important to You

How to Improve Your Writing Today

Is Blogging Dead? What You Need to Know