Paper Filing and “The Temporary Trash Can”

Paper Filing and “The Temporary Trash Can” 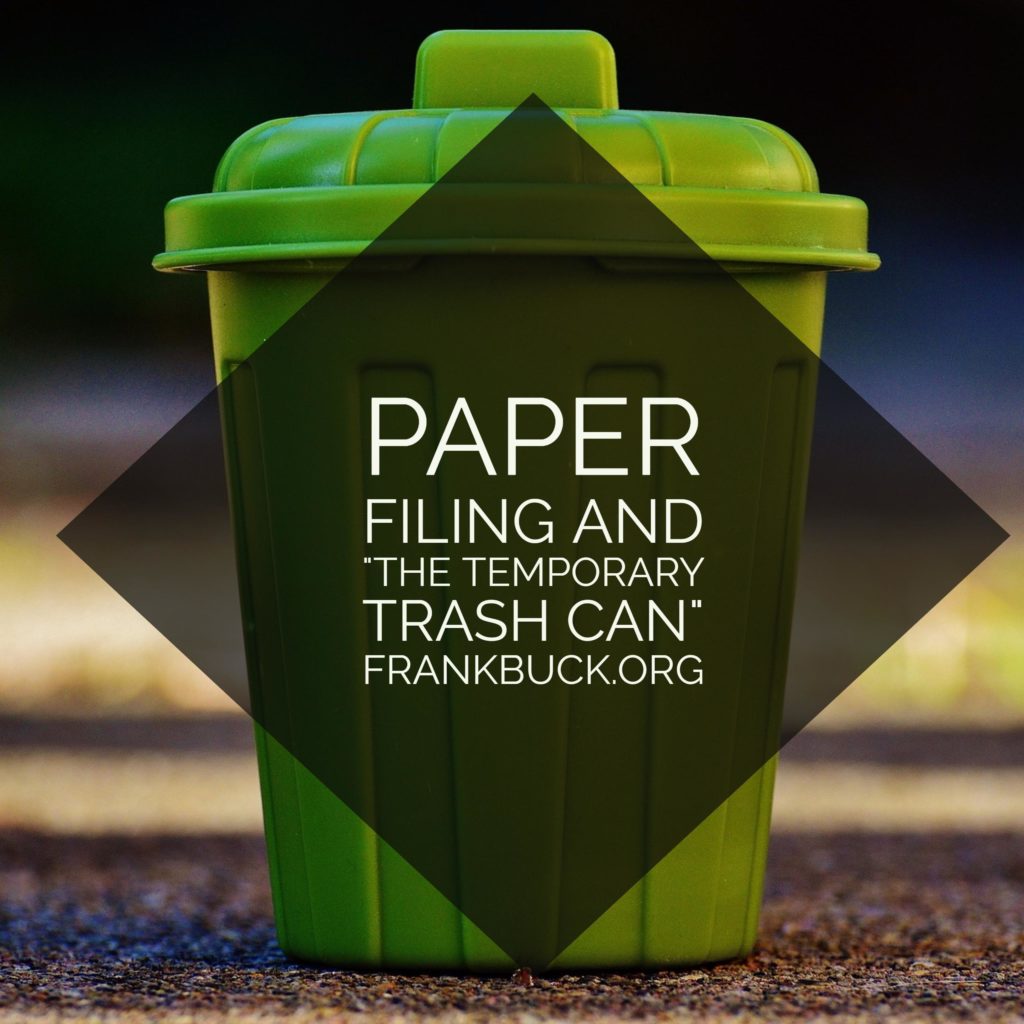 A letter arrives from Joe Smith. In it, he talks about a donation he is making to your playground project. Exactly what do you do with the letter? 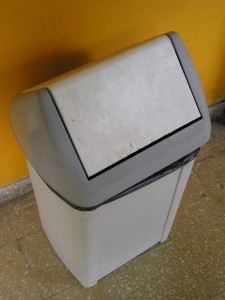 First all of, realize that this letter is probably two kinds of items rolled into one. You may need to act on this letter in some way, such as calling him or writing back to him. His letter is an action item and needs to be handled as such. Throw it in your in-box until you either take the necessary action or make a note in your planner as to what action you need to take.

Now the piece of paper becomes a piece for reference filing. Just where do you file it? As a general rule, I file correspondence by the name of the person or organization who authored it. So, do I now label a folder “Smith, Joe” and file the lone piece of paper in it? If that were the case, I would soon have many folders each with only one or two pieces of paper.

Introducing the “Temporary Tash Can”

The solution I have found is a single set of 26 folders labeled A through Z. The letter from Joe Smith is going to go in the back of the “S” folder. Should I need to put my hands on it again, I don’t need to wonder if I filed the letter in “P” for “playground” or “D” for “donations.” I simply ask who authored the letter, and I have my answer. Since Smith was the author, it will be in the “S” folder.

87% of filed papers are never looked at again!

Notice that I said I would file the Smith letter in the back of the “S” folder. A study by Stanford University revealed that 87% of filed papers are never looked at again! The chances are that I will never have to put my hands on the Smith letter again. For this reason, I am interested in a system that makes filing as fast and fun as possible even if it makes retrieval just a little longer.

Filing the Smith letter in the back of the “S” folder is very quick, much quicker than filing it between “Si” and “Sn.” In addition, my chances of misfiling are slim when I file to the back of the folder. As we go through the year, the “S” file is chronological.

How important is it to save a particular letter? The answer is often unclear when you receive it. Six months down the road, you have a much better idea of whether a letter needs to be retained. For this reason, I err on the side of saving too much rather than not enough.

During the summer, I purge the 26 A-Z folders. I open the “A” folder and look at each piece of paper for about 2 seconds. The papers that look to be of lasting value are placed face down in one stack. Everything else goes in another stack. When we have finished with the “Z” folder, I am looking at a stack of papers maybe an inch in height that needs to be saved. I label a folder “Correspondence 2013-2014” (or whatever the school year may be) and file that slim stack of papers. They will be retained permanently. What about the other stack, which measures about 3 feet tall? That is where a couple of big garbage bags come in handy. At the end of the process, I have 26 empty folders ready to start the process over again.

When I wrote about this technique in the original edition of Get Organized: Time Management for School Leaders, one reader commented on a discussion forum that this idea was her favorite from the book. She termed it “the temporary trash can.” I sort of like the name, and it accurately describes the papers it holds. Most will wind up in the trash, although we are holding them temporarily.

What to Do When Your Files Are a Total Mess

How to Find Correspondence You Send and Receive

Your Filing Cabinet: Friend or Foe?

What Happens to Those Conference Notes?