How to Remember to Write Thank-You Notes

How to Remember to Write Thank-You Notes 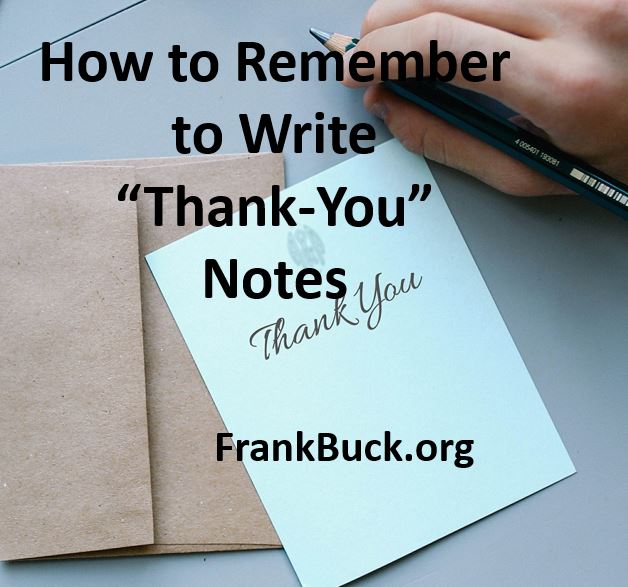 In this post, Tom Peters talks about the importance of writing thank-you notes. As you read it, you may agree with the sentiment. Of all the character traits our society cherishes, gratitude ranks near the top of the list. Two major holidays which bring the year to a close focus our attention on how richly blessed we are. We have plenty of reasons to say “thank you” and plenty of people to whom we should direct our thankfulness.

The handwritten thank-you note is a tradition we all agree should thrive. We have the best of intentions. Yet, in our busy day-to-day lives, it’s a practice that slips our minds.

When you reflect on the year that has passed, you realize that those final two months don’t have a monopoly on good will. We are the recipients of generosity 12 months a year. Yet, the average person rarely puts pen to paper to express their gratitude.
“I just don’t think about it,” is the standard reply.

If that’s true, why not structure a system that causes us to think about it at the right time. 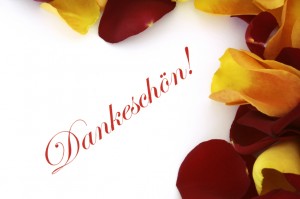 Let’s structure a system which causes us to think about it at a time when we are sitting down with a blank note card in front of us. It does not get any more convenient than that!

She raised her hand…

So one January day…

She was already sitting at her desk. She had the note card in front of her. Now, all she had to do was write the note.

And in a flash, thank-you notes were solved…

I suspect people began to think of her as more thoughtful, more appreciative. Actually, she was just as thoughtful and appreciative to start with. She was simply forgetful. All she needed was a system which helped her let those qualities show. She found it, and it was so simple that it worked.

How would you rate yourself when it comes to the thank-you note? Think about the feeling you get when you receive one. Some may even wind up in your scrapbook to be read and re-read decades later.

Could this coming year be the one where you get better about expressing gratitude in writing? If you are reading this post in mid-year, you don’t have to wait until January. Start right now. How many of those notes will inspire warm feelings that far outlast the few minutes it takes to write the notes.

“But what if I forget?” you ask. You’ve just read about how one person solved forgetting. If you are unfamiliar with the concept of the “Tickler File,” read about it in this blog post. You can pick up several boxes of cards just about anywhere. Scatter them through your Tickler Files. When a blank card surfaces, use that to trigger your memory.

In fact, why not stop right now and think about someone who has gone out of their way to make your life better. Grab a note card and let them know. It’ll only take a minute. It will be remembered for far longer.

If it worked for her, maybe it could work for you. How do you stay current with the people you need to thank? Let me know about it in the comments.

What Scares You? Is It Your Desk?

How to Pack a Great Organized Briefcase

Why “Chrome Tab Search” Will Make Your Life Easier