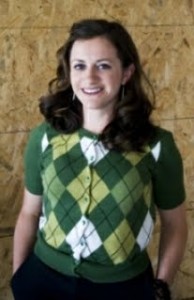 This story begins over 20 years ago when I was band director at Pizitz Middle School. We had just begun a program for 5th graders at the elementary school a short distance down the road. It was here that I first met Anna. She was shorter than the rest of the students and walked with crutches. I soon learned that she suffered from osteogenesis imperfecta, a rare genetic disease which caused her bones to be brittle and break easily. This young lady could easily justify a desire to lead a sheltered life, but this was far from Anna’s nature.

Always a delight to be around, Anna was a talented clarinet player, an outstanding student, a favorite with her classmates, and even an athlete. Even though the risk of injury was great, that did not keep her from playing softball. Along the way, she suffered broken bones, but never a broken spirit.

At Vanderbilt, she was the coxswain on the rowing team. Today, she is a successful attorney. In the last several years, she has given up the crutches she had used her entire life and learned to walk independently. This post could end here and if would suffice as a story of someone who made good despite obstacles. But the story does not end here. We haven’t even gotten to the good part yet.

Today, Anna Curry will depart for Africa where she climb of Mount Kilimanjaro. Accompanied by her father, the feat is expected to take nine days. The events leading up to this point, as well as a daily account of her progress on the climb, are chronicled at http://climbkilimanjarofor-oif.com The blog posts are a must-read.

Climbing Mount Kilimanjaro is quite an accomplishment for anyone. For someone who only in recent years has been able to walk without crutches, it is nothing short of amazing. But then again, Anna is an amazing person. Good luck, Anna!