The 5 Suggestions of a Surgeon/Author

The 5 Suggestions of a Surgeon/Author 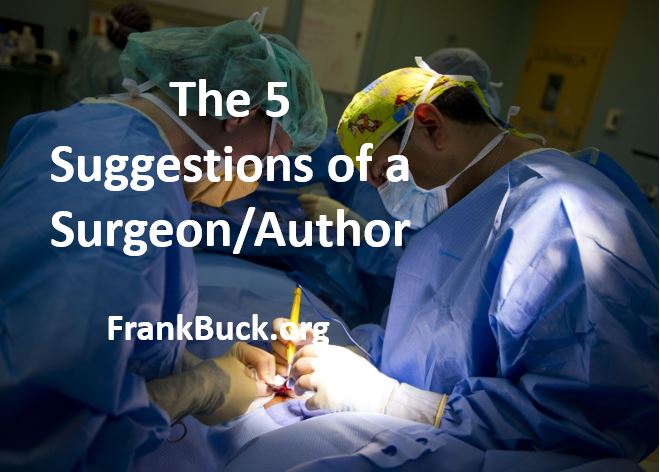 I first became acquainted with Atul Gawande through his book entitled The Checklist Manifesto. You can read my post about it here. Gawande, an author and surgeon, writes about his profession in a way that speaks to each of us in our own professions. His earlier work, Better: A Surgeon’s Notes on Performance is no exception. 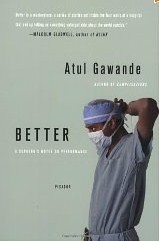 Dr. Gawande writes candidly about the challenges doctors face and the conflicting priorities with which they wrestle. My favorite part of the book is the “Afterwards.” Here, the author presents his five-point call to action for the reader. While he writes from the perspective of a surgeon, his words reach far beyond the operating room.

If we replace “doctor/patient” with “teacher/student” or “principal/teacher” or “boss/employee,” his suggestion is right on target. The same advice could extend to the CEO of a Fortune 500 company. Anybody can follow the script. When we go beyond the expected questions, we just may get the unexpected answer that winds up making all the difference. The author writes, “If you ask a question, the machine begins to feel less like a machine.”

Dr. Gawande writes, “Whenever doctors gather— in meeting rooms, in conference halls, in hospital cafeterias—the natural pull of conversational gravity is toward the litany of woes all around us.” Amazing how this scenario sounds like the stereotype of the “teacher’s lounge”! In fact, the universal advice given new teachers is, “Stay out of the teacher’s lounge.” The master teacher learns that while avoiding the negativity of the teacher’s lounge is good, being the force which changes the conversation is better.

Every profession has its problems, and when competing priorities exist, there is often no single right answer. The negativity can fester, and before you know it, the ox is in the ditch. When the negative conversation begins, we can feed the beast—and if this is our choice, we become the beast. We also have the capacity to make a better choice, to turn the conversation from “how bad things are” to how good things can be, and the next steps we can undertake right now to make the situation better.

“It doesn’t really matter what you count…The only requirement is that what you count should be interesting to you.” Gawande talks about counting how often instruments or sponges were left inside patients during surgery. Counting the incidents led to determining the situations in which they seem to occur, and hence the problem causing the mistakes. Finding the real problem was the first step towards finding a solution.

When we count something, we are focused on it. When we focus, we find the relationships which have always existed, yet nobody seemed to notice. “If you count something you find interesting, you will learn something interesting.” Great advice for researchers in many fields—and we are all researchers.

“An audience is a community. The published word is a declaration of membership in that community and also a willingness to contribute something meaningful to it.”

I will always be indebted to Dr. Terry Gates, one of my professors during my Master’s degree in the early 1980s. I had taken my comprehensive exam and was waiting to hear the results. What arrived was an envelope larger than I had expected. Inside was a letter stated I had passed the exam. Furthermore, a letter from Dr. Gates stated he had his secretary type my answer to one of the questions. He said he wanted me to submit that answer as a journal article to a state magazine.

That day marked the first clue that I just might have something to say that would be of interest to a larger body. What had started as the answer to a question on a test did indeed become the first time I saw a publication containing something I had written.

Have you had a similar experience? Do you have thoughts on paper you have kept to yourself? What outlet do you have where you could share it with a world beyond yourself?

We all have strengths. We all have something from which others can benefit. Never before in history has it been easier to publish our writing. The blog you read now is an example. In many ways, writing is a responsibility, a way of giving back to the body of knowledge from which we have benefited. It’s like holding up our end of the conversation.

“Look for opportunities to change…be willing to recognize the inadequacies in what you do and seek out the solutions.” Countless lives are owed to advances in medicine. Practices considered to be correct give weigh to better practices. As a result, people are living longer and enjoying a significantly better quality of life than previous generations.

What’s the next great idea out there just waiting to push us to a higher level in some aspect of our lives? Will we be part of the early adopters, seeing its value when others have yet to discover it is even there? Will we lead in its implementation? Will we become the voice to which others listen as they begin to see the value in what we do? It’s a choice we make.

Great Holiday Gifts for the Productive One