From Stagnation to Life

From Stagnation to Life 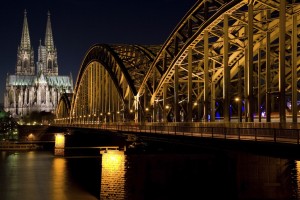 The last post made the case for reviving a dead blog and putting plans in motion which would keep it alive into the future. Let’s begin building that bridge—a bridge to the past and one to the future.

If your blog has been neglected, let the first post be one that offers an explanation for why the ox wound up in the ditch in the first place. Be honest, because your audience will probably relate to what caused your blog to run out of steam. Your readers have started gym memberships in January and never used them past Groundhog Day. They have gone on a dozen diets and quit smoking 49 times. They understand, “I dropped the ball.” Readers have all experienced those projects in their lives where neglect has happened. Recognizing it is the first step to recovery.

The second message that post will convey is what will be different. We all know the definition of “insanity” is doing the same thing and expecting different results. Readers will welcome some assurance that something will be different this time. A plan which will avoid neglect lets readers know they will not be disappointed.

Even for those who don’t discover, or rediscover, your blog for some time, that bridge will explain what might seem strange—huge gaps in the dates of posts, as well recent posts which have energy while preceding posts were lifeless.

Perhaps it goes without saying, but let’s say it anyway: Write quality content. There is no point in reviving a blog only to provide content nobody wants to read. Let the writing reflect your blog is fresh and worth the read.

If you are not going to revive it, bury it
When a television program reaches the end of its run, we like to see an episode which brings finality. Nothing is worse than leaving viewers—or readers—hanging.

If your blog has fulfilled its purpose, if you have run out of ideas, or if you have simply lost interest in blogging, say so. Write a post that lets readers know “that’s it.”

As a principal, I created a blog to communicate with parents and a second to communicate with staff. Graham School took the place of the paper newsletter sent to parents. The ability to include pictures easily, to embed video, and insert hyperlinks into posts made it superior to its paper predecessor. Graham School Staff Page replaced the weekly memo, offering the same advantages of the ability to include pictures, video, and hyperlinks. When I moved from the principalship to the central office, my successor did not continue the blogs.

In each case, there is a final post which explains to readers there will be no more posts, and at the same time points out the value of the content in the older posts.

Feedly: When Life-Long Learning is Important to You

How to Improve Your Writing Today

Is Blogging Dead? What You Need to Know