From Outlook to Google Contacts

From Outlook to Google Contacts 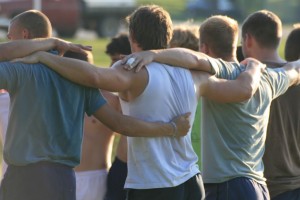 Since January 2002, Outlook has served as a very complete address book. Back then, most people maintained three address books: the pencil/paper one with names, addresses, and phone numbers; the one on their phones containing phone numbers; and the one in their email programs containing email addresses. I had only one, and it contained all of that information and more. Birthdays or anniversaries I recorded in Outlook Contacts showed up on the Outlook Calendar as repeating appointments. The large “notes” block gave me a place to put information about the person—names of their children, clothing sizes, account numbers for businesses, etc.

When contemplating a move from BlackBerry to Android, I faced the same challenge with my contacts as I had with my calendar. How would I sync those contacts with this new mobile device? Just as with the calendar, the answer was move the contacts to Google Contacts.

Introducing Google Contacts
My first interaction with Google Contacts came when my an update to my tablet introduced a native contacts app. The app would allow the user to merge all contacts from the contacts list, Facebook, and Twitter into one place. Contacts which appeared in multiple places were merged into one record with all of the contact information from all sources appearing together. The question on my plate was, “How am I going to get my Outlook Contacts into my tablet?” I downloaded a free program called “Google Sync.” I wrote this post, which explains where to download the program, how to set it up, and how I used it with my tablet.

While there are other shortcuts, the ones listed here are those that seems to be needed on a regular basis.

Syncronizing with the phone
Copying contacts from one phone to another is a standard process when you buy a new phone. The dealer will probably offer to perform this task. Immediately, you have on the new device what you had on the old one.

The concern need not be how to copy the contacts. The concern needs to be how to sync the contacts on the new phone with the Google Contacts. When I bought my Android, I stressed was that I already had Google Contacts established. I did not want to copy contacts from my BlackBerry and then simply have a static set of contacts on the new phone. I also did not want to risk winding up with a duplicate set of contacts.

At the AT&T store, we logged into my Google account and indicated what functions we wanted to sync. That one act brought over to the Android my Gmail, Google Calendar, and Google Contacts.

On my phone, I was able to import pictures of everyone who was also a Facebook friend, although I don’t remember the exact steps. It did make for a nice feature. I thought those pictures would then sync with my Google Contacts, but that did not happen. To this point, I have not been able to find a way to make it happen. If anyone else has an answer, I would welcome the input.

Each device has a mechanism for merging contacts. For those instances where one source had some information for a person and another source had different information, having a mechanism to merge the contacts is a time-saver..

Summary
The move from Outlook Contacts to Google Contacts was very simply, as was getting those contacts to appear on my tablet and phone.

Do you use Google Contacts? What advice or other input do you have?
Share this post
Previous
Next

3 Handy New Features in Google Chrome (Check Them Out)

4 More Videos That Should Have Gotten More Views