Sixteen months ago in a post entitled “Little Things are Big Things,” I wrote, “Doing little things, and doing them well, is a big thing. Virtually every task we perform is insignificant when viewed alone. Knit together, those small accomplishments move mountains…”

The post spoke of the challenges of beginning leadership facing an interim principal. This post provides, in words reminiscent of Paul Harvey, the rest of the story.

As days turned into weeks and weeks turned into months, the little things began to add up. Grass and flowers began to grow where only dirt had been. A pothole-filled parking lot was re-surfaced. Awnings were erected to keep rain off of children and out of the building.

Inside the building, a spirit of cooperation united parents, teachers, children, and the community. The school became as financially solid as it was academically solid. All of it happened because of little things–little things all moving in the same direction.

Soon, it became apparent that the best person for the job was the person already doing the job. With more degrees, better people skills, a flair for creativity, and far more years of classroom experience at the elementary level than anyone around, fate had created the best of situations for this school. 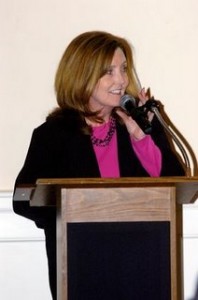 This past Friday, the Board of Education made a great decision for the stakeholders at Raymond L. Young Elementary School. Ironically, it was on “Forever Young” Field Day that the Interim Young Principal became the “Forever Young” Principal. Congratulations to Pattie Thomas, and may the best days for “a good place to learn and grow” be those still in the future.

In a Million Words or Less