Every Organization Needs a Clifford

Every Organization Needs a Clifford 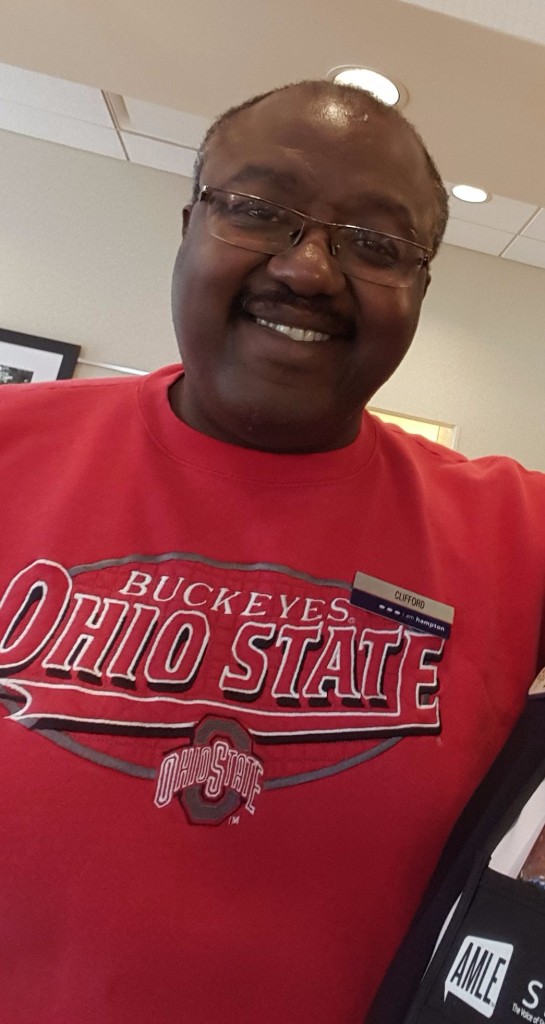 Think about the last time you traveled. Chances are the professionals who served you at the airport or hotel performed their jobs admirably. That’s the expectation. People doing their jobs is neither newsworthy nor memorable. In fact, the stories which are memorable tend to be those when the service was bad. Every now and then, we meet someone who performs what could be an ordinary job in an extraordinary way. Such was the case with Clifford, the bellman I met in Columbus, Ohio this past week.

Pedestrians found no button to press, no signal to indicate when to walk, and no traffic light to stop cars. A sign above the crosswalk indicated state law required cars to yield to pedestrians. Seeing as how the street extended four lanes across, simply stepping off the curb without protection from a traffic light made me a little nervous.

My first encounter with Clifford was when I asked him about how to navigate the crossing. The answer was far from what I expected. He didn’t explain what to do. Instead, he said, “Dr. Frank, come with me and let me show you.”

Clifford motioned me to follow him out the front door, to the curb, and right out into the middle of traffic with no hesitation. Cars headed each way stopped.

Over the course of the next three days, I watched Clifford in action. No person went through that lobby without Clifford speaking to them, usually by name.

“I just made some fresh coffee. And there’s tea and hot chocolate too.” Whatever you needed, all you had to do was ask Clifford. Not only could you consider it done, but it was done with a smile, and a big, “God love you!”

The Master in the Art of Living

My favorite quote is one by L. P. Jacks:

The master in the art of living makes little distinction between his work and his play, his labor and his leisure, his mind and his body, his information and his recreation, his love and his religion. He hardly knows which is which. He simply pursues his vision of excellence at whatever he does, leaving others to decide whether he is working or playing. To him he’s always doing both.

Watching Clifford, it’s difficult to tell if he is at work or at play, or if it’s a little of both. What I do know is that he transcends the job description. He made my stay enjoyable and unforgettable. From the review of the hotel, it seems this is a regular occurrence.

Most people we encounter do their jobs admirably. Some go far beyond. Clifford is one of them.

Who are the people in your organization that go above and beyond? Tomorrow, will do you job in such a way that someone will notice and tell others?