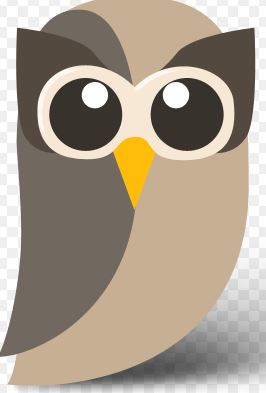 While you may or may not be a Twitter user, you have certainly heard about the service. Between the constant call to “Follow us on Twitter” to the newscasts and television shows that ask for our input “using the hashtag [whatever],” we all know the term. Some people associated it with people announcing what they are having for lunch. Others see it as a way to stay on top of breaking news in their field. Still others use it as a way to tell their organization’s story.

I created my account in 2009 and enthusiastically began to follow friends, leaders in my field, and prominent national figures. Quickly, the realization hit me that Twitter resembles a bunch of people in a crowded room all talking about different topics all at the same time. It’s overwhelming. It’s like taking a sip of water from a fire hose. Since that time, I have developed a strategy and adopted a tool which makes Twitter easy and enjoyable.

If you use Twitter, go to your own page and click “Followers.” Beside the picture of each of these people is a small cog. Click that cog, and one of your choices is “Add or remove from lists.”  Establishing “lists” is the first step in bringing sanity to Twitter. I have established four of them.

My first list is called “Inner Circle.” People I assign to this list are close personal friends. They represent people I would comfortably telephone or interact with socially. My goal is to read everything those people have to say on Twitter. Because Twitter is about communication, I look for opportunities to reply to their responses, much the same way we do with our friends on Facebook. If their thoughts are particularly valuable, clicking “retweet” allows me to share that thought with all of the people who follow me.

The second list is called “Priority 1.” People I assign to this list include national leaders whose work I admire, yet we have no personal relationship with each other. As with the “Inner Circle,” I most always read everything on this list.

The remaining two lists are named “Priority 2” and “Priority 3.” Those lists are composed of people whose content is of some interest, but not to the extent of the first two. Depending on available time, I read the Priority 2 tweets. If I have a great deal of wait time, I read Priority 3.

When someone follows me, I will most often follow them back, just out of courtesy if nothing more. Good time management means knowing when to say “no,” and reading the tweets of hundreds of people is not an option. If I am reading tweets about what someone is having for lunch, that person won’t even make Priority 3. The truth is the only people whose tweets I read are those who I have assigned to one of those four lists. The numbers stay manageable. More importantly, I never miss seeing the content from those I care about most.

Lists give me a way to organize those I follow. Hootsuite gives me a way to organize those lists. Go to Hootsuite.com and create a free account. While the service offers both free and paid versions, the free one suits my needs. After adding my Twitter account to Hootsuite, the site displays tweets in a series of columns known as “streams.” Tweets from my “Inner Circle” appear in one stream, “Priority 1” in another, etc.

Because Hootsuite also has an app for mobile devices, I can read my “Inner Circle” while standing in line at the grocery store checkout or the “Priority 1” while being stopped by a train. Reading Twitter is something that happens during spare moments. Nothing from the “Inner Circle” slips by. Little from “Priority 1” goes unread.

Sometimes, content on Twitter is valuable because of who wrote it. Other times, it is valuable because of the subject matter. Enter the concept of “hashtags.” Every professional conference will boast its own hashtag. Prior to, and during the event, those who tweet about the event will include the conference hashtag. Twitter provides the ability to search, and searching for something like “#ABCNews” will return every tweet which includes that hashtag, regardless of whether I am following that person or not.

Prior to a major conference, I will add a stream to Twitter which searches for a particular hashtag of interest. After the event has passed, I delete that stream. Twitter provides a way for all attendees to keep up with conversation related to the same subject. Hootsuite organizes it in a way that makes it easy.

Do you already use Hootsuite? Tell me about  your experiences by leaving a comment or coming over to Facebook to discuss it.