In the last post, I talked about the checklists which I have maintained in the Notes section of Outlook, and now do so in a notebook called “Checklists” in Evernote. In this post, I will show how I work through these checklists using as an example one titled “xx Grading Period has been concluded.” It’s one I used as a principal and is one that would be applicable to any school. 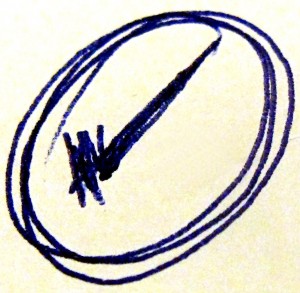 When the final day of the first grading period arrives, I see a task which reads, “xx Grading Period has been concluded.” The note section of that task contains the following items:

With my system, the “xx” at the first of the line indicates that I need to define the next step toward the accomplishment of my goal. Those steps are listed in the note section. I look at the first step, “Allow grade posting.” In the student administrative software, I turn on “grade posting,” which will allow teachers to electronically report their grades to the office.

…whoever is handling the procedure needs to be able to handle the details with as little time and effort as possible. Having a checklist like this is the way to do it.I look at the next step, the one which involves reminding teachers to post grades. I immediately open a new e-mail message and quickly send information to teachers that they can post their grades.

I ask myself, “When do I want to see this task again?” and assign a start/due date in Outlook. Now this task and this goal are out of sight and out of mind. They will magically reappear on the date I had prescribed.

When the deadline arrives for teachers to post grades, I can resume working on this goal. I know exactly where I left off. The next step is in the subject line of the task just before the “xx” and the goal is to the right of the “xx” sign. In the administrative software, I run a list of teachers who have not posted grades. If one or more teachers have not posted their grades, I can go no further with this goals. I send a reminder to the teachers and reschedule the task to appear the next day.

My feeling is that when you start to work on a goal, the best practice is to take that goal as far as possible before switching to something else. When you must leave that goal, put a bookmark in it. That bookmark consists on cutting and pasting the next step into the subject line just before the “xx” sign. The next time you want to resume working on that goal, you know exactly where to start.

I need a trigger to cause me to look at the grading period checklist back in the summer and start dragging this and other checklists to the Task button. That trigger consists of one repeating task which comes back every summer. It instructs me to look at all of the checklists, drag them to the Task button in Outlook (or copy and paste from Evernote), and start to assign start/due dates.

This checklist is one I used at the end of every grading period of every year. Some principals may choose to delegate the handling of this procedure to an assistant principal or administrative assistant. Still, whoever is handling the procedure needs to be able to handle the details with as little time and effort as possible. Having a checklist like this is the way to do it.

Does this post remind you of checklists you have? I would be interested to hear about the lists you use.

Some Checklists I Have Used

You See What You Think About…Checklists Revisited