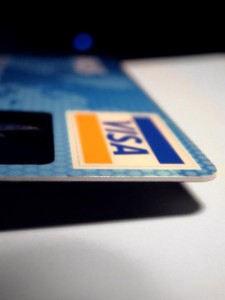 Part of dealing with the mail each day is handling the variety of bills and statements which come our way. In this post , I gave some tips on how to organize all of the paperwork.

The question I have today is this, “How closely do you examine those statements for accuracy?” In a world where we are slow to disclose our social security number yet all-too-quick to hand over our credit card to the 18-year-old at the local restaurant, keeping an eye on those statements is your only defense in avoiding your hard-earned money being taken by someone else. In this post and the next, I will describe two situations from my own experience which illustrate what I mean.

Several years ago, my wife opened one of our credit card statements and began to ask me about a purchase to a “home shopping network.” After all, she did not make the purchase and neither of our Shelties knows how to use the phone, so it pretty well narrowed the culprit down to me! As I was trying to explain my innocence, my wife noticed two other charges to other home shopping networks totaling in the hundreds of dollars.

In addition to these three bogus charges was a small but interesting charge–$20 to a doctor. My wife had visited that doctor, and the visit appeared on the statement. On the following day was a $20 charge to the same doctor even though my wife had not visited that doctor a second time. On each of the next three days, a charge appeared for the home shopping networks.

Could that $20 charge have something to the do with the hundreds of dollars being charged to our credit card for purchases we had not made?

Our calls to the home shopping networks enlighten us as to the how well their employees are trained to give very little information. “Your records show I made the purchase and you are shipping the merchandise to me? Well, what is the address to which you are shipping it?”, I asked. You will not get an answer to that question—unless you happen to stumble upon an employee who is very new and didn’t know she was not supposed to be quite so helpful. That is exactly what happened with one of the three home shopping networks we telephoned.

A quick Google search of that address revealed the name associated with it. My wife was astonished to see that the name on the screen was exactly the same as the name of the receptionist at the doctor’s office!

It seems that the receptionist had been copying down names and credit card numbers from the doctor’s customers and was using them to rack up quite a treasure for herself. Not only was she the one who handled the credit cards, but she was also the one who both prepared the deposits and then took them to the bank. Her practice was to take any cash paid to her and pocket it. She would then charge that amount to one of the credit card numbers she had stolen. Nobody ever realized that no bank deposits were ever being made, because she alone handled parts of the process which under good accounting practices would have been divided up among multiple people.

In the final analysis, we did not pay one dime of the bogus charges. A couple of the calls to our credit card company constituted the extent of our time and energy involved. The receptionist was arrested, and life was good again.

Yes, looking at that credit card statement and matching up the receipts takes a little time. It is, however, our best defense. People make mistakes. People sometimes attempt to rob you blind. A little awareness go a long way.