Cell Phones in the Classroom…How Do We Do It?

Cell Phones in the Classroom…How Do We Do It? 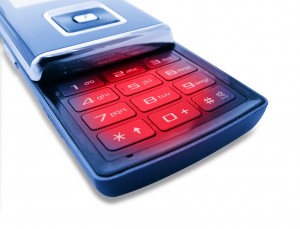 Depending on where you live, cell phones in schools have progressed as follows:

Over a decade ago, we were looking at handheld devices (primarily Palm) as being a significant breakthrough in how we could deliver instruction. At the same time, cell phones were becoming popular items in the backpack of students. Since that time, the two devices have merged, and they have merged with other existing devices as well. Now, you can make a phone call, keep a calendar, take a picture, and view a video (just to name a few) all on the same device.

The business world was finding the all-in-one tool to be a “must” for productivity. And if it makes adults more productive, we must ask the question, “Can it make students more productive as well?” More and more, people are beginning to feel the answer is “Yes.” In an environment where we want technology yet lack the funds to purchase it, we also exist in an environment where students have purchased their own.

I would not for one second suggest we allow smartphones into classroom and then come up with ways to use them. That’s a recipe for frustration and mediocrity. Instead, the question before us is what can be done best with a smartphone, and then loosen the restrictions that have kept best practice from becoming current practice.

I wish I had all of the answers, and I don’t think any of us has them all. I do want to share one post that provides some of the nuts and bolts for moving from where we are with cell phones in our schools to where we could be. I recommend 10 Proven Strategies to Break the Ban and Build Opportunities for Student Learning with Cell Phones.

Lesson Plan–Cell Phones in the Classroom

Where Have We Been? Where Are We Going?