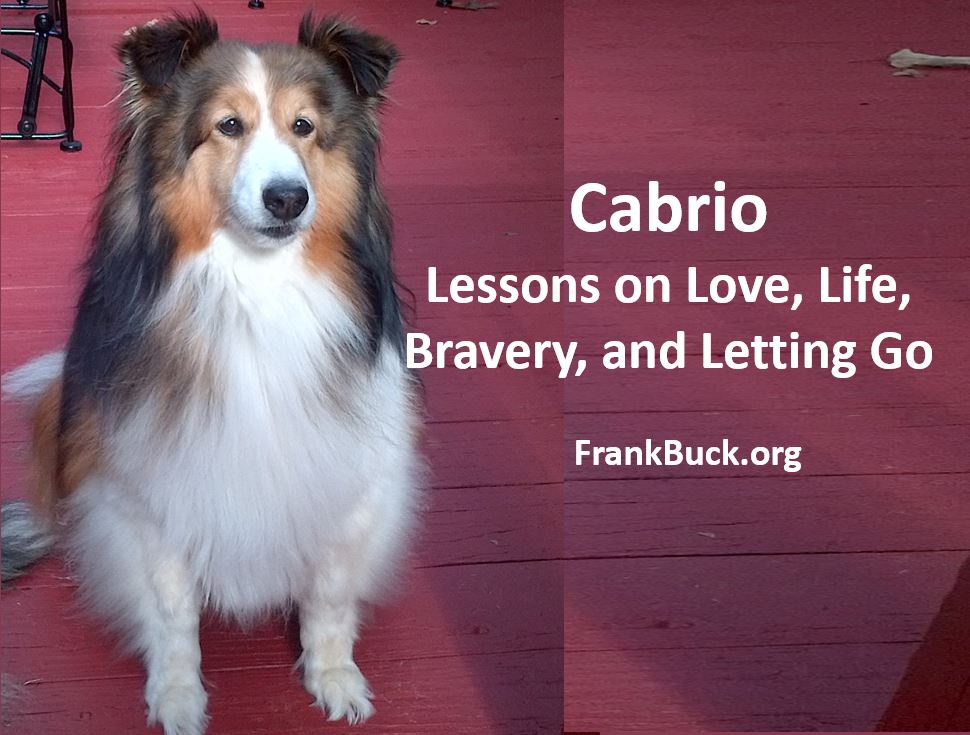 Those who know us well know that Davonia and I have had Shelties throughout our marriage. Of the seven dogs, six have been rescues. In November 2014, Cabrio was diagnosed with lymphoma. We had experienced the loss of a pet three times already. Without treatment, he would have been gone by Christmas of that year.

Treatment began immediately and continued throughout the spring. Cabrio’s lymphoma immediately went into remission. After the treatments, he went to our local veterinarian once a month to have his blood check. Every month, the results looked good.

Coming to grips with the loss of a pet

The cancer was back. We knew this day would come. We just didn’t know when. For dogs, there is no cure. There is, however, the gift of more time. In Cabrio’s case, the gift was 17 more months of quality life. We knew when the cancer returned, it would return with vengeance.

Monday, we made a tough decision. The first shot, just like the one he would get before a teeth cleaning, soon rendered him unconscious. His last memory was the two of us sitting in the floor petting him. The next injection stopped his heart. Those who say the loss of a pet is like the loss of a family member are exactly right, for Cabrio was an important member of our family . He did not leave however, without teaching us some lessons.

Here are the lessons Cabrio taught us:

Just when everything is going well, the worst can happen. Be prepared. One day in 2010, Cabrio was walking down a road in rural Tennessee. Whether he had roamed away from a loving home or whether he had no home at all is something we will never know. What we do know is he had the ultimate freedom…no fences, no walls. He could go where he pleased. Moments later, animal control picked him up. He found himself confined and confused.

The best may be yet to come. Don’t give up hope.  No one showed up at animal control to claim Cabrio. We can only imagine the thoughts going through his head. We were told he was terrified during his time in animal control. Little did he know the Bright Hope Animal Rescue was already looking at him. At Bright Hope, he found other dogs, horses, and cows. He could roll in the grass and play. Life was good.

You never know when you will be someone’s #1. Put your best foot forward. 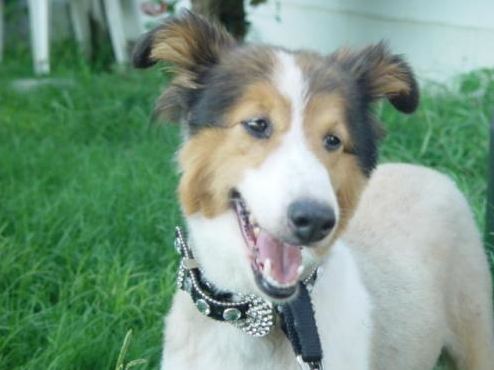 This was our first glimpse of Cabrio, the picture of him posted on Petfinder.com.

We had recently lost Skipper. Our other Sheltie, Bonnie, was grieving. Finding her another playmate sooner rather than later became important. Davonia looked at 1,500 Shelties online. She kept coming back to this one, a dog named “Cabrio.” Out of 1,500, he was the choice. At our home, he and Bonnie became inseparable. Cabrio tells his own story in this post.

You have today. Make it count. Cabrio’s treatment gave us the gift of time. We knew the day would come when we wouldn’t have him anymore. We knew his time would be measured in terms of months rather than years. The loss of a pet is never easy. Having made the most of those last 17 months meant we could say “goodbye” with no regrets.

How much is that doggie in the window? If the purchase price of a dog is a concern, perhaps dog ownership is not the best decision. The original price is but a fraction of what a dog owner spends. Consider food, bedding, and toys. Consider shots, teeth cleaning, and other trips to the vet for illness. That’s OK. We work hard for our money. You do too.  Money allows us to have the things that bring joy to our lives. Cabrio was a joy every day.

Life is about cycles. Celebrate the gift of life. At some point, dogs die. We will too. It’s all part of the cycle. The difference is that with a dog, that cycle is compact. One day, you see a puppy. The next, the young adult is doing all sorts of tricks with boundless energy. One day, he doesn’t jump as high or run as fast. The next, she needs help just getting around. One day, the beloved creature lives only in your memory.

At that point, you have to choose whether there will be another. For us, saying goodbye to a beloved dog has also meant that somewhere, another Sheltie would soon find its forever home. Losing Skipper was a terrible blow. The loss of a pet always is. However,  his death is the reason we found Cabrio. Lucy’s sudden passing brought Sally into our lives. Cabrio’s illness led us to Charlie. We know the cycle will continue. We will enjoy the good times and be prepared for the bad. 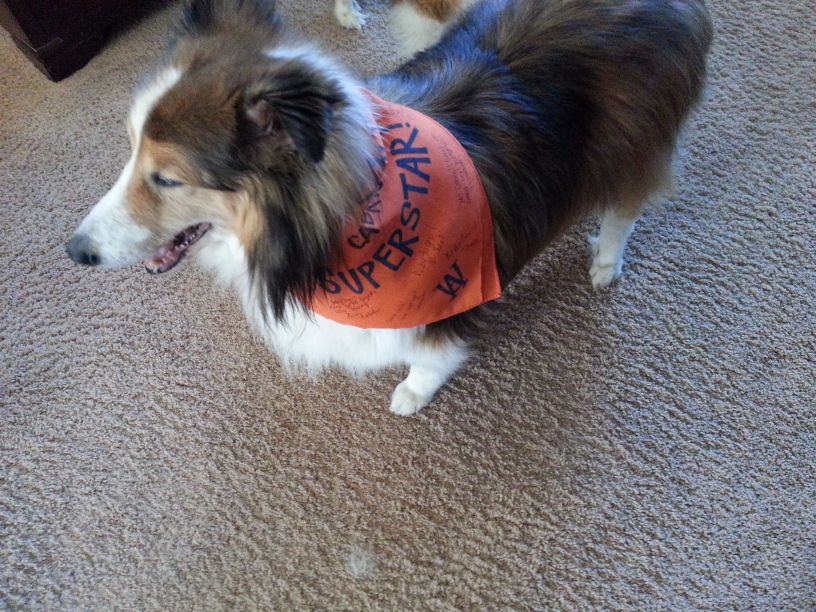 Cabrio: Chemo Superstar. The bandanna made and signed by the staff at the Bailey Small Animal Teaching Hospital.

Dogs leave tracks. People do too. Dogs sometimes leave tracks of muddy paws across the carpet. They also leave tracks across our hearts. The best people do as well. When the last breath has been taken, the memories of unconditional love live. Though the entire chemo process, he never complained. He stayed brave. Somehow, he knew it was being done because we loved him.

Cabrio is now at Rainbow Bridge. He is reunited with his pal Bonnie. He is also reunited with Lucy, who he knew for only a brief five months. He is meeting Skipper and Lassie. And he is looking forward to the time when he will see his special people again and we will all cross Rainbow Bridge together.

We want to thank Dr. Andy Torsch, Dr. Vaughn Traywick, and the entire staff at Main Street Animal Clinic for the loving care they gave Cabrio throughout his time with us. We also want to thank the staff at Auburn University’s Bailey Small Animal Teaching Hospital for the treatments which extended Cabrio’s life by 17 wonderful months. 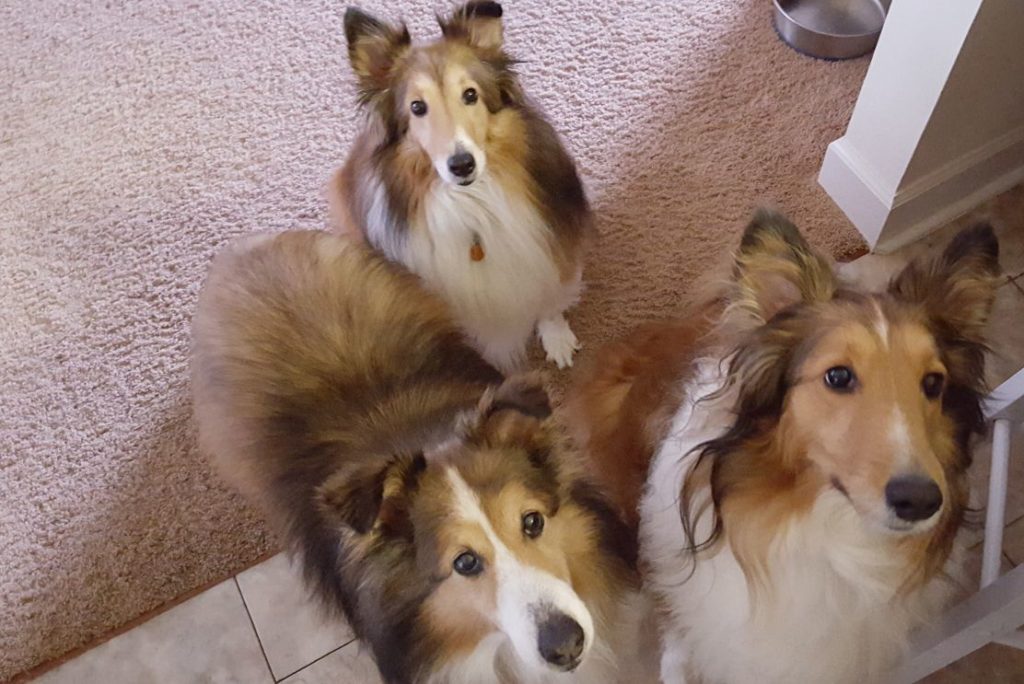 Cabrio with Sally and Charlie