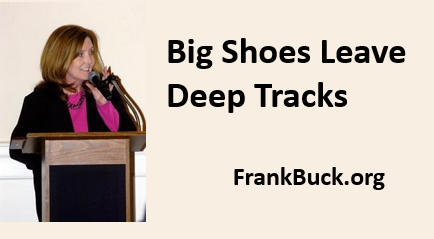 Nearly eight years ago, I wrote a post entitled “Little Things are Big Things.” The majority of that post appears here:

One of the most rewarding experiences of my career has been mentoring those who are going down the same road I have traveled. That opportunity presents itself once again as a close colleague was recently appointed to a principalship literally overnight. During the past week, I have spent some time each day at the school in an honest effort to give this principal the kind of support that every new principal deserves yet few receive.

Seeing my colleague in action serves as a reminder of the challenge the principalship brings and the tools needed to meet that challenge. Input comes from all directions, often at the most unlikely of times. Even lunch is fair game. The requests for the principal’s time and attention are by in large little things. The challenge comes in handling the sheer volume of them.
During my most recent visit, a teacher walked into the principal’s office and in words which obviously came from the heart, began by saying, “I just want to tell you how much all of the little things you are doing means,” and went on to tell of how word of little things getting done was spreading into the community.

Doing little things, and doing them well, is a big thing. Virtually every task we perform is insignificant when viewed alone. Knit together, those small accomplishments move mountains.

My friend and I set up a voice mailbox, imported scores of repeating tasks into Outlook, devised needed forms, and ironed out all sorts of organizational details which will later save time for the entire faculty. Our work, however, was interrupted numerous times…by children. A child came to read to the principal, another came to show off her artwork, and another simply needed a little morale boost. This principal stopped and spent time with every one of them. A couple of minutes here. A couple of minutes there.
Little things, yet big things. Big things in the eyes of a child. Big things in shaping the direction of a school. Big things in defining a leadership style for a new principal.
I came away that day with the distinct impression that “a good place to learn and grow” just got a little better.

In the end, it is the attention to detail that makes all the difference. It’s the center fielder’s extra two steps to the left, the salesman’s memory for names, the lover’s phone call, the soldier’s clean weapon. It’s the thing that separates the winners from the losers, the men from the boys, and very often, the living from the dead. Professional success depends upon it, regardless of the field.
–David Noonan

Almost eight years have passed since this post appeared. The school has flourished in every way imaginable, and those close to the situation give much of the credit to its principal. She has handled the technical aspects of the job. She has been tough when tough was required. She has been tender when tender was possible. All the while, she has never been too busy when a child appears at her door.
All good things come to an end. The principal is moving to the central office and will be in charge of curriculum for the school system, and mixed emotions run high on many fronts. It’s a great day for a school system that needs some great days. It’s a sad day for a school that will miss its leader, even if she is only a few minutes down the road.

My friend leaves big shoes to be filled. The good news is that big shoes leave deep tracks for others to follow. Someone new will step into that position, and will bring his or her own shoes to follow the tracks which have been left and to leave new ones in the process.
Does this story remind you of someone who helped shape your journey? Did the tracks they left help you when your opportunity came? If so, why not take a moment to write a note or make a call and let that person know?
Leadership
Share this post
Previous
Next

“Just” is a Four-Letter Word

Leading With Lollipops and the Art of Leadership