The highlight of this past week was attending the Council for Leaders in Alabama Schools (CLAS) Conference. This annual event provides an opportunity to see old friends, make new friends, and stay abreast of changes in the ever-changing world of education. 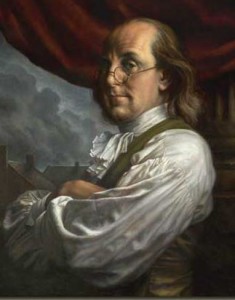 My role was unique, in that I was asked to serve as the “social media correspondent,” and by example, encourage others to share their conference experiences through Twitter. Indeed, this conference did provide the spark for many to either create an account or rekindle a neglected one on Twitter.

Sitting two seats from me just before a session, Dr. Tommy Bice, Alabama’s State Superintendent of Education, joined Twitter. In his keynote address, he had told the audience about his practice of visiting at least one school every week to stay grounded in what is actually happening in our schools. What he told me later is that he sees Twitter as a way to take the good things he sees in school after school and share those experiences with the public. With nothing more than the phone in his pocket, he can take a picture of something significant, describe the significance in a couple of sentences, and share those gems which can become inspiration for others. If you are a Twitter user, I encourage you to follow @TBice .

History tells us of Benjamin Franklin’s work to establish the United States postal system, his work in establishing public libraries, and the information he provided through Poor Richard’s Almanack. The capability for people to exchange ideas was important then, and Ben Franklin did the best he could with the tools he had. If he were alive today, he would certainly he holding himself to that same standard.

I think that idea is what the author had in mind in stating that if Ben Franklin were alive today, he would be a blogger. He would have embraced social media as a way to connect people across distances.

When it comes to present-day exchanging ideas, do we hold to the standard of Ben Franklin? Do we do the best we can with the tools we have? Social media has opened options which were not here a decade ago. Some think they are too time-consuming, too difficult, or of too-little value. Others value what they learn, what they can share, and how much time they save by being able to draw on the expertise of others.

What message do you or your business have that would be valuable for others to hear? What if you could publish those ideas whenever you want, to be read by whoever was interested, and do it all for free? Tools such as blogs, Twitter, Facebook, LinkedIn, and Google Plus give us that ability. Guidelines on how to set them up and use them are but one Google search or one YouTube video away.