For those who follow college basketball, “March Madness” is upon us. No tournament is complete without references to Coach John Wooden and the dynasty he built at UCLA. The program produced 10 NCAA championships in 12 years. While Coach Wooden passed away just under three years ago, his wisdom lives on. One of his gems was, “Be quick—but don’t hurry.” 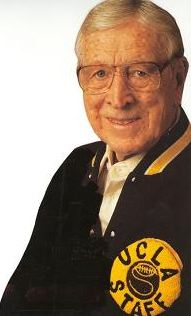 One day, with about an hour and a half left before time to go home, I started a project involving the assimilation of a large amount of data, data which had just become available. My goal was to enter the appropriate parts of the data into a spreadsheet, write needed formulas, and forward to completed project to colleagues as soon as possible.

“No better time than the present to just knock out the whole thing,” I thought. For the next hour, I put shoulder to the wheel while watching the clock all along. The clock seemed to be going faster than the progress on the task at hand. In addition, two phone calls which had to be made before leaving weighed heavily on my mind.

With 30 minutes until time to leave the office, it became obvious I had severely underestimated the time required for the task. Furthermore, I was not enjoying what I was doing. At this juncture in my life, I have come to the conclusion that being happy doing what I am doing in the moment ought to be a primary focus. Furthermore, I felt frazzled. I found myself feverishly looking for a particular flash drive only to find it was in the pocket of the coat I was presently wearing!

I made a decision which may turn out to be the best decision of the entire weekend. I put the project in the briefcase. That left 30 minutes to plan my weekend and my Monday. I left the office with a clear picture of what needed to be accomplished that evening, the weekend, and the start of the next week.

Saturday morning, I resumed work on that spreadsheet at home, pulling the needed material from the briefcase. The previous afternoon, I was watching the clock and wondering what I had done to deserve such torture. Now, with a clear head and enough time to accomplish my task, I was having fun. I was relaxed.

During my commute to and from work, I made it a habit to listen to recorded books on CD. It was during that time that I listened to one entitled Be Quick—But Don’t Hurry. The book was written by a former UCLA basketball player who recounted his days under the legendary John Wooden. The title refers to that piece of advice Wooden often gave his players. Author Andrew Hill, recounting his playing days with Wooden, says, “Life, like basketball, must be played fast–but never out of control.” At first glance, Wooden’s often-quoted maxim, “Be quick—but don’t hurry” seems contradictory. In actuality, it could not be more accurate.

When we are relaxed and “in our zone,” we can be quick. Everything flows. Everything is effortless. The activity is fun. When we hurry, we make mistakes. We stumble, and find ourselves having to re-do and re-think.

The previous afternoon, I was trying to hurry. The next morning, I was quick. The task was the same. The difference is what was work one day became play the next.

The master in the art of living makes little distinction between his work and his play, his labor and his leisure, his mind and his body, his information and his recreation, his love and his religion. He hardly knows which is which. He simply pursues his vision of excellence at whatever he does, leaving others to decide whether he is working or playing. To him he’s always doing both.
– James Michener