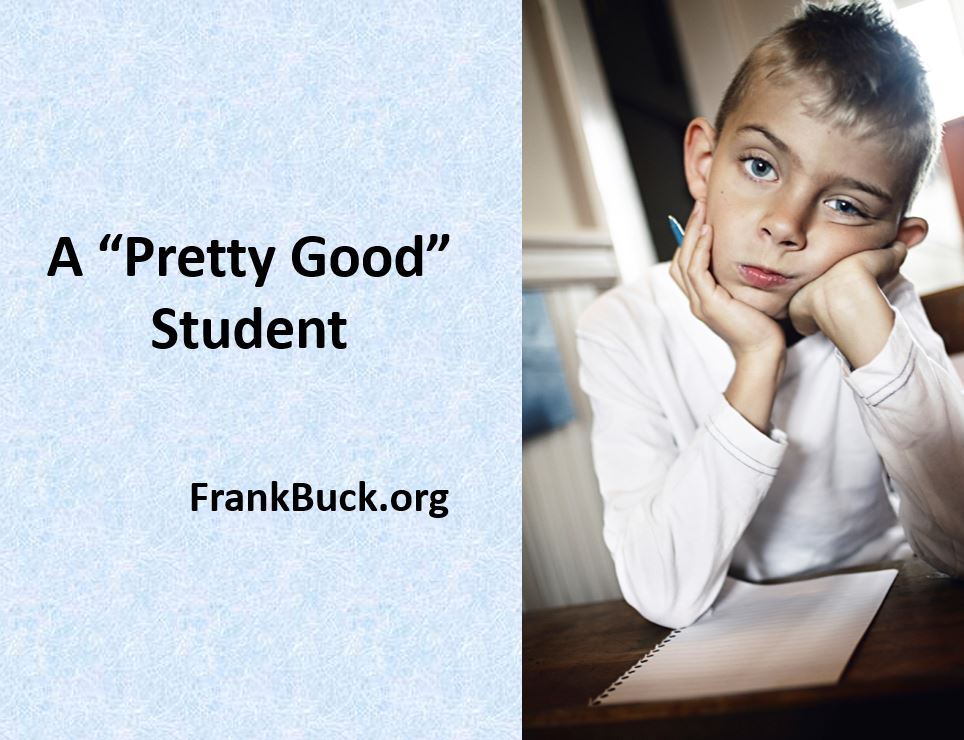 I first heard this poem quite a few years ago. It’s been a favorite of mine, and serves as a cautionary tale for those who set the bar for themselves increasingly low. This one is all about goals and what happens when we don’t set them.

He wasn’t terrific at reading.
He wasn’t a whiz-bang at math.
But for him education was leading
Straight down a pretty good path.

He didn’t find school too exciting,
But he wanted to do pretty well,
And he did have some trouble with writing,
And nobody had taught him to spell.

When doing arithmetic problems,
Pretty good was regarded as fine.
Five plus five needn’t always add up to be ten,
A pretty good answer was nine.

The pretty good class he sat in
Was part of a pretty good school.
And the student was not an exception.
On the contrary, he was the rule.

The pretty good school that he went to
Was there in a pretty good town.
And nobody seemed to notice
He could not tell a verb from a noun.

In was then, when he sought a position,
He discovered that life could be tough.
And he soon had a sneaky suspicion
Pretty good might not be good enough.

There once was a pretty good nation,
Pretty proud of the greatness it had,
Which learned much too late
If you want to be great,
Pretty good is, in fact, pretty bad.

How do we guard against the words in the last paragraph becoming reality? How can we teach those in our charge the value of goals and instill the work ethic to see them through?